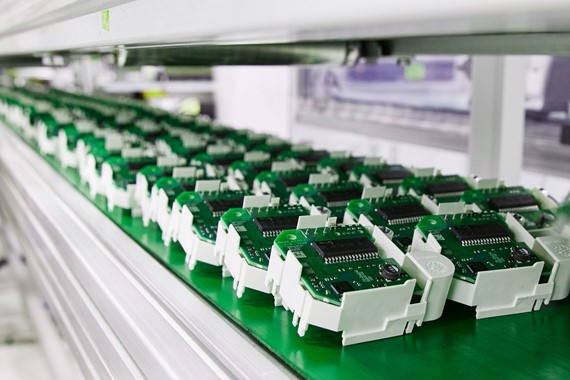 Various methods exist for recharging the batteries of electric cars. Currently, the largest concern surrounding electric vehicle transportation is the total travel range available before the need to recharge. The longest range recorded to date was 606.2 miles, achieved by a Tesla Model 3. However, this was conducted in very controlled conditions where the car maintained a constant speed without the added drain of the air conditioning compressor. Typically, the battery would last for approximately 300 miles – the equivalent to three days of city commuting in warmer weather, or one day in colder weather. With these limitations, long-distance trips are currently unsuited for an electric car unless rapid charging stations are available on the route of the trip.

The process of a battery charging and discharging involves lithium ions from a positive electrode passing through a separator/electrolyte. The ions then transfer, via a solid electrolyte interface (SEI) and intercalate, into the negative electrode. The potential negative impact for rapid charging is that battery aging may be accelerated by the unstable SEI, produced by charging and discharging multiple times.

New pulse charging has significantly improved the stability of SEI since the unnecessary chemical reaction has been reduced by new charging methods and SEI is grown via a reduction reaction. Thus, a battery’s life cycle and efficiency has also improved in comparison to the traditional charging method. Also, in traditional charging method, ethylene might be produced during charging due to electrolyte (EC, mostly) reduction with lithium ions. Since the battery is closed, the internal pressure is contained. The produced ethylene will lead to overpressure inside the battery. Overpressure of the battery may also cause the battery to expand due to an internal temperature rise, potentially causing the battery to explode. By using these new composite waveform charging method, however, it can reduce the produced ethylene by suppressing the electrolyte reduction reaction. Therefore, giving a moderate energy for lithium ions to transfer during charging and a quick negative pulse to reduce unwanted chemical reactions, it seems to be a theoretical charging method in the future.

The different algorithms vary in charging efficiency, charging time, battery life cycles, and costs. However, researchers still cannot define which is the most appropriate one for the application, as many algorithms have been developed; each one has advantages and disadvantages. For instance, the constant current-constant voltage charging method has a longer charging time compared to the multistage current charging algorithm, while the cost of research on the latter is higher than the former. Considering the pros and cons of each algorithm, the goal is to match each one with its appropriate application.

The constant current charging method adjusts the output voltage of charging devices or the resistance in series with the battery to keep the current constant. It uses a constant current value form the beginning to the end of charging. As nickel-cadmium batteries are easy to polarize during conventional charging, the electrolyte continuously produces hydrogen-oxygen gas in both conventional constant voltage and constant current charging algorithms. Under the action of internal high pressure, the oxygen penetrates to the negative electrode and interacts with the cadmium plate to generate CdO, resulting in the decrease of effective capacity of the electrode plate. As the acceptable current capacity of the battery decreases gradually with the progress of the charging process, this lead to the overcharging of the battery in the later charging period. Eventually, it will also lead to a sharp drop in battery capacity.

The boost charger CC/CV charging algorithm is a further development of the constant current/constant voltage algorithms. Instead of using the constant voltage and current in the entire charging period, it boosts the charging efficiency through maximizing voltage in the first period, with the battery reaching approximately 30% of its nominal charging capacity. After this period, the charging algorithm is then switched to the standard CC/CV.[5] Due to the initial higher charging voltage, the BC-CC/CV can charge the battery faster than the CC/CV, but it is required to fully discharge the battery before charging. As the charger needs to provide variable voltage, all components need to accept the highest voltage generated by the boost charger. Discharging the battery before recharging is important as this will influence the efficiency charging algorithm and the life cycle of batteries.

Battery swapping involves the use of an automatic or semi-automatic system to exchange a depleted battery with a fully charged one. This process can only be completed by technical personnel. The process is meant to achieve a comparable refueling time to a traditional gasoline vehicle, with swaps typically completed in roughly 3 minutes. e influenced. Efficiency is another concern for researchers.

LTE and GPS Based vehicle tracker