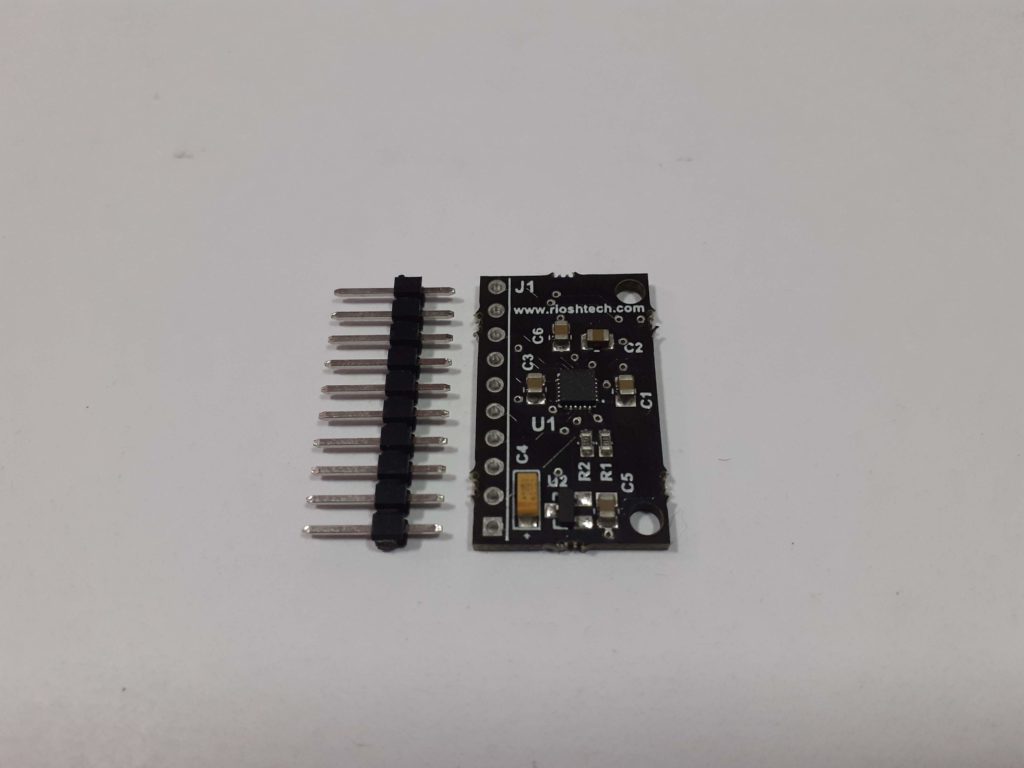 To achieve its smaller size, the MPU-9250 Breakout features PTH pins that have been wrapped around the border of the PCB in three rows of three or four. The top row (J1) is all one needs to get the most functionality out of the IMU. These include a I²C and power interface. The second most likely to be used set of PTHs are found along the bottom (J3). This includes the address pin, the interrupt pin, and the IO voltage supply for easy interface with a more modern 1.8V processor. The third, a non-breadboard-compatible row (J2), is used for features like running other I²C devices as slaves to this one. For prototyping with these connections, throw your connections on top as you would with an Arduino Pro Mini or similar product. The MPU-9250 replaces the popular EOL MPU-9150 and decreases power consumption by 44 percent. According to InvenSense, “Gyro noise performance is 3x better, and compass full-scale range is over 4x better than competitive offerings.” The MPU-9250 uses 16-bit Analog-to-Digital Converters (ADCs) for digitizing all nine axes, making it a very stable 9 Degrees of Freedom board.